I just love popular science… as you may have noticed. This year, I read a lot of popular science books, especially whilst travelling to and from the various conferences I went to, and the holidays I went on, over the summer. (Oh yeah, did I mention I go to conferences now? How cool is that?) I thought it might be fun to go through the books I read this summer and give them a review. So, in reverse reading order:

Alex Bellos is a regular on my beloved Numberphile YouTube channel, and he wrote a book a few years ago about more of the human side of mathematics. I only picked it up recently, but it was a good read. It was very breezy, simple, fun, and engaging. Most of the chapters in the book were dedicated to people who are doing fun, quirky things you wouldn’t normally associate with maths: things like thinking of silly puzzles in magazine columns, or doing origami, or Rubik’s Cubes, or making non-Euclidean geometries… with crochet!

But what Bellos does well is convince you that these weird sideshows are real maths, they matter just as much as topology, or calculus, or number theory… and what these people are doing is actually really fun and interesting! It’s full of interviews with the actual people doing these things, so you get to hear in their own words why what they do matters. Bellos is an experienced travel writer, and it really does feel like a travel blog from the exotic country of Numberland.

It also has just enough of a primer on the actual maths involved to engage science nerds like me who like the gory details. I thought it could have used a bit more of this, and some of the actual maths explanations, like about the history of numbers, or Euclid’s geometry, I’ve seen done better elsewhere, but maybe that’s just me.

The Signal and the Noise — Nate Silver

I love Nate Silver, and not just because we share a birthday! He’s a pretty sharp guy who’s damn good at what he does, and what he does is predict. Silver runs the blog FiveThirtyEight, which famously correctly predicted which way 49/50 states would vote in the 2008 US presidential election. He improved his model, and in 2012 he got all 50. (He’s working hard on 2016, believe me!) He started off in sports statistics around the era of the Moneyball story, and moved into political prediction in the mid-2000s. The Signal and the Noise is about prediction, in various forms. He talks about his own political and sporting predictions, and their successes and failures, but he also talks about the financial crash, gambling, weather forecasting, climate modelling, and more, and in each case he evaluates how each particular field’s prognostication power holds up to scrutiny.

He also talks about his preferred method of prediction: Bayesian inference, a mathematical idea that’s part equation, part philosophy, and part way-of-life. Although most of the chapters in the book aren’t about the sciences, I’d say this book should be almost required reading for anyone working in science, on both the theory and experiment side. It’s shocking how little statistics some scientists (myself included) can get away with knowing, and how little thought we actually put into what our data means. This is a big part of the theme of the book, along with teaching how to distinguish between signal and noise (hence the name). It’s well written, quite technical, and thoroughly detailed, but also full of personal anecdotes and human stories, and it’ll help you see through bullshit and spurious claims from all sorts of places. Definitely check this book out.

(The book is marketed as Most Wanted Particle in North America.) Now, full disclosure here, Jon Butterworth is the head of the UCL physics department, making him technically my “boss”. But I like his book anyway! Yay! Professor Butterworth is a particle physicist, and one of the “higher ups” at CERN. (You know, that place where they smash the particles in the big ring so Al Gore can invent the internet?) Due to his position in CERN, Professor Butterworth knows all of the insider information from the organisation from what is arguably its most exciting period ever — the completion of the LHC and the search for the Higgs boson. The Higgs boson is a fascinating theoretical object in its own right, but the book isn’t about that, it’s about the human story of the people who worked at CERN during this time.

Professor Butterworth goes through the history of CERN and his personal involvement with it, mostly focusing on the time from the LHC being turned on (and the ensuing media attention) to the Higgs officially being discovered. Aside from some brief tangents into the very basic outline of the physics, which amounts to just enough to explain why they’re doing what they’re doing, the book is mostly about the consequences of letting a bunch of nerds run a multi-billion-Euro, international science experiment. Hilarity ensues!

It’s fascinating stuff, and it’s written in a very light, easy-to-digest tone that I think does a great job of showing what we physicists are like, what our jobs are like, and what our lives are like. A great read.

The Rise of the Robots — Martin Ford 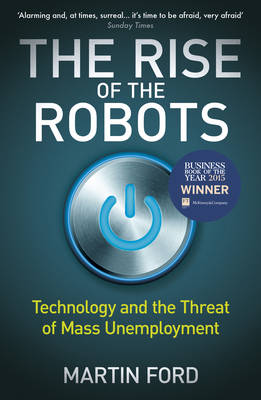 No, it’s not a science fiction book. It’s actually more of an economics book. (So more dismal science than popular science!) Automation is a huge part of our modern lives (I did my MSci project on it, and Ford actually cites some of the same people as my dissertation), and it’s set to become even more prominent as technology progresses.

In a well-written, easy to understand book, Martin Ford takes a look at some of the progress recently made in AI, robotics, computing, and engineering, and assesses how these technologies are going to affect the job market over the next few decades. Simply put: if an AI can do most jobs better than any human, why hire humans at all? And once we’ve got to that stage, what do we do with people who aren’t unemployed, but unemployable? Humans need not apply.

Most people, when presented with this argument, cite historical precedent: there’s been mass shifts in employment in the past due to new technologies, why should now be any different? Automation won’t mean fewer jobs, just different ones. Ford presents what I think is the best, most well-argued case against this assertion and explains why this time it really is different, why, unlike in the past, the new jobs automation will bring won’t be sufficient, and why we should be afraid, be very afraid.

So that’s Tom’s summer conference reading list. What’s next? Well I’m going to another conference next week, the last one of the summer to round off conference season. It’s in the exotic, far off locale of… Cambridge (England, not Massachusetts), so I’d better bring some light reading. Luckily, I’ve got just the thing: 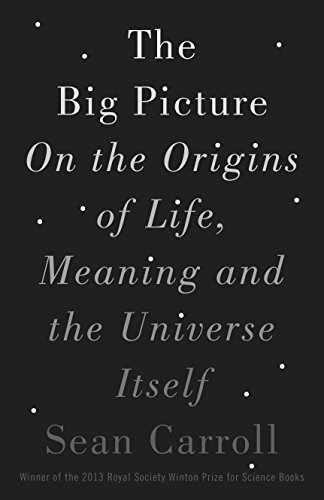 A 400-page tome on philosophy and theoretical physics from my favourite popular science author, Sean Carroll! Maybe I’ll review it later, along with some of the other popular science books I read earlier in the year. Until then, thanks for reading!

0 comments on “Summer PopSci Reading”Add yours →